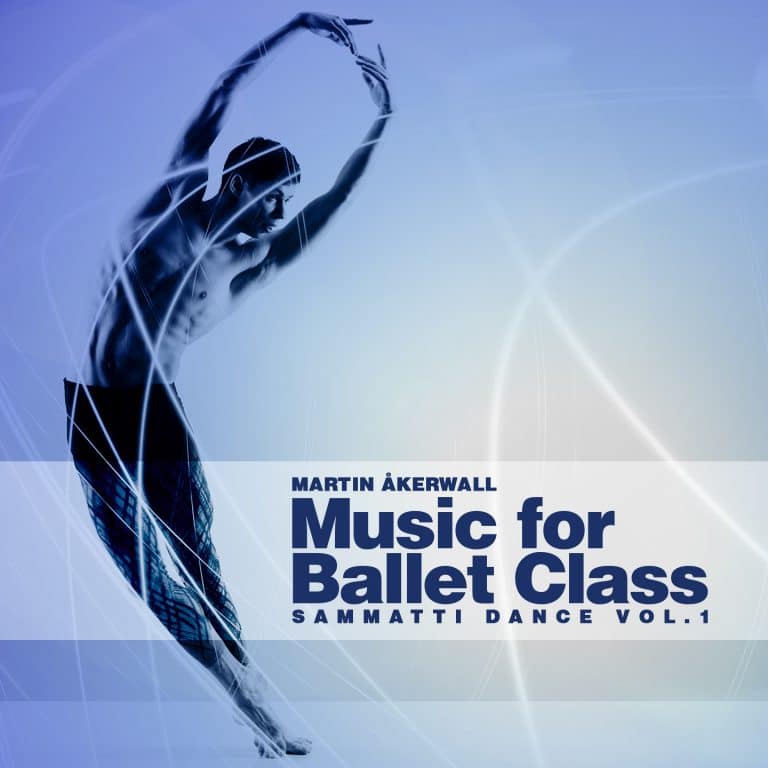 Composed, arranged and played by MARTIN ÅKERWALL
Construction of the class and the order of the exercises created by ERIC VIUDES

Music director, pianist, and composer. He has studied piano, and composition in the Royal Danish Conservatory, and the Sibelius Academy in Helsinki. He has worked as a music director, and a ballet pianist in Finland, Germany, Switzerland and United States.

Martin Åkerwall has composed music for mediation, one concert for violincello and two for pianos. His music has been played in Denmark, in France, in the United Kingdom, in Finland and in Argentina. He has received the Jacob Gades and Noilly Prat Prizes.

Trained in Paris under the distinguished teacher, Yves Brieux

Dancer with Ballet dy Rhin and soloist with The Norwegian Ballet

Recipient of France’s prestigious State Diploma for Ballet Teaching and scholarships to study with the National Ballet of Canada, the Hamburg Ballet School and the Bournonville Summer Academy in Copenhagen

Given master classes in Boston, Montevideo Tbilisi, Copenhagen and Amsterdam

SAMMATTI, THE PLACE WHERE KALEVALA WAS CREATED

Sammatti is a small village located in beautiful countryside in Southern Finland about an hour drive from Helsinki. More than 150 years ago Elias Lönnrot, physician, author and first professor in Finnish Literature travelled by horse carriage or skis to Eastern Carelia to collect the material for Kalevala, our National epos which has had a vast influence until modern times, reflected for example in Tolkiens Lord of the Rings. The heros og Kalevala such as Wäinämöinen and Lemminkäinen, were warriors, poets and musicians. These skills were needed to succeed in their objectives, whether the goal was to conquer the other warriors or win the heart of Aino, the prototype og the beautiful, innocent maiden og Kalevala.
Despite being a widely celebrated person, Lönnrot spent most of his time in his beloved Sammatti. His grave is in the idyllic graveyard of the old wood church. The traditional Sampo Festival gives homage to the man, who came from a simple background to become a dominating cultural figure in Finland in a struggle which finally lead to its independence.

As it is difficult to leave the beautiful Sammatti in summer we combined cottage life with dance in old community houses reborn as dance studios. Sammatti Dance Camp was started us and the Helsinki Dance Institute in 2000 to teach mainly Ballet to enthusiastic amateurs.
We wanted to combine an intensive training course with a good final performance.
This was done together with dancers mainly from the Finnish National Ballet. Teachers of the course currently include professor Eric Viudes and Donna Bjørn (director of the Finnish National Ballet).
Previous courses included the pioneering work og Jane Spackman, and Maija Hänninen, both previously affiliated with the Finnish National Ballet. Since 2000 the Sammatti Dance Camp has been an annual event, always around the end og July/beginning of August.